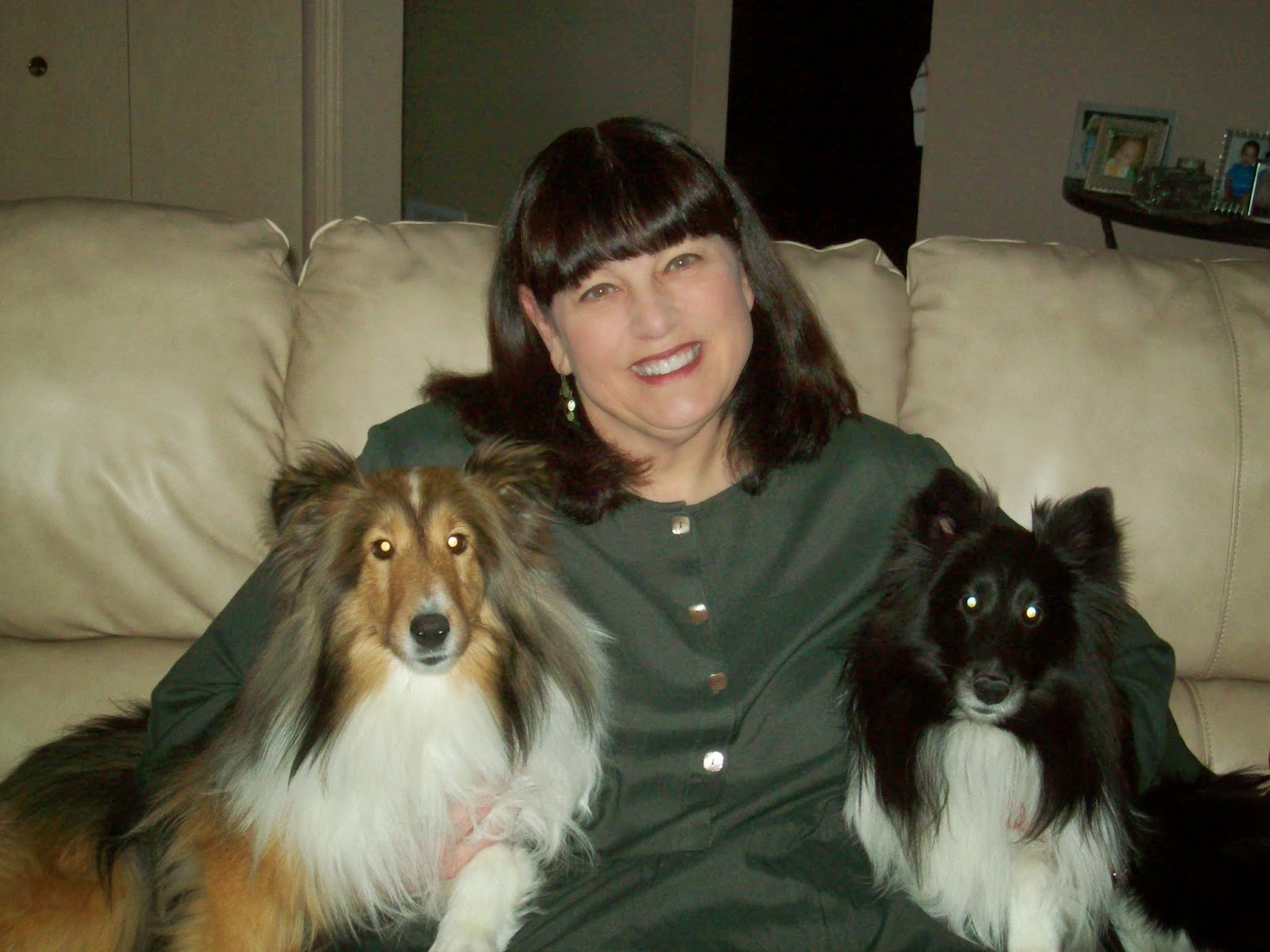 A Girls Only Weekend at Mendota Campground!
Entry 4

Five Pennies More
This was a great game, but I must say it was extremely frustrating. The first can had five pennies in it and each of the following cans had five pennies more than the previous can. The task was to put the cans in order from the can with the lowest weight to the highest weight. Now, this sounds easy, but I stunk at this one. We were timed which heightened the stress levels. Apparently, I stink at determining weight. Gosh! Could this be related to my life long struggle with weight? Probably not - it just could be that I just stink at this one.


Peanut Butter Covered Ping Pong Balls
I loved this game. Kids would lovvvvvvvvve this one. You have to bounce the ball on the first table at an angle and have it bounce into the air and land on the peanut butter bread on the next table. Your partner frantically returns to balls to you so you can keep trying until each one of us scored two. 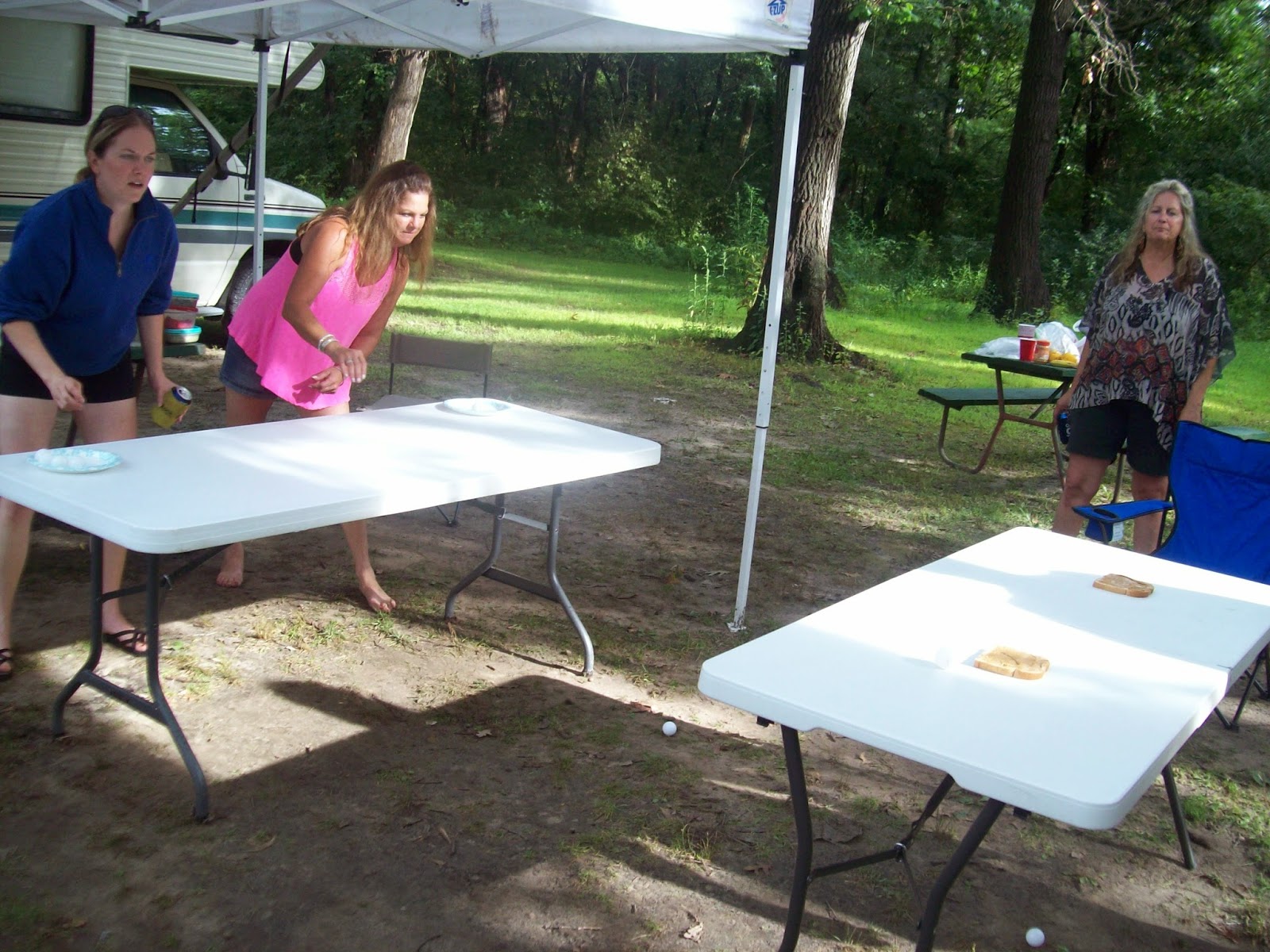 The contenders: Alaina and Kim 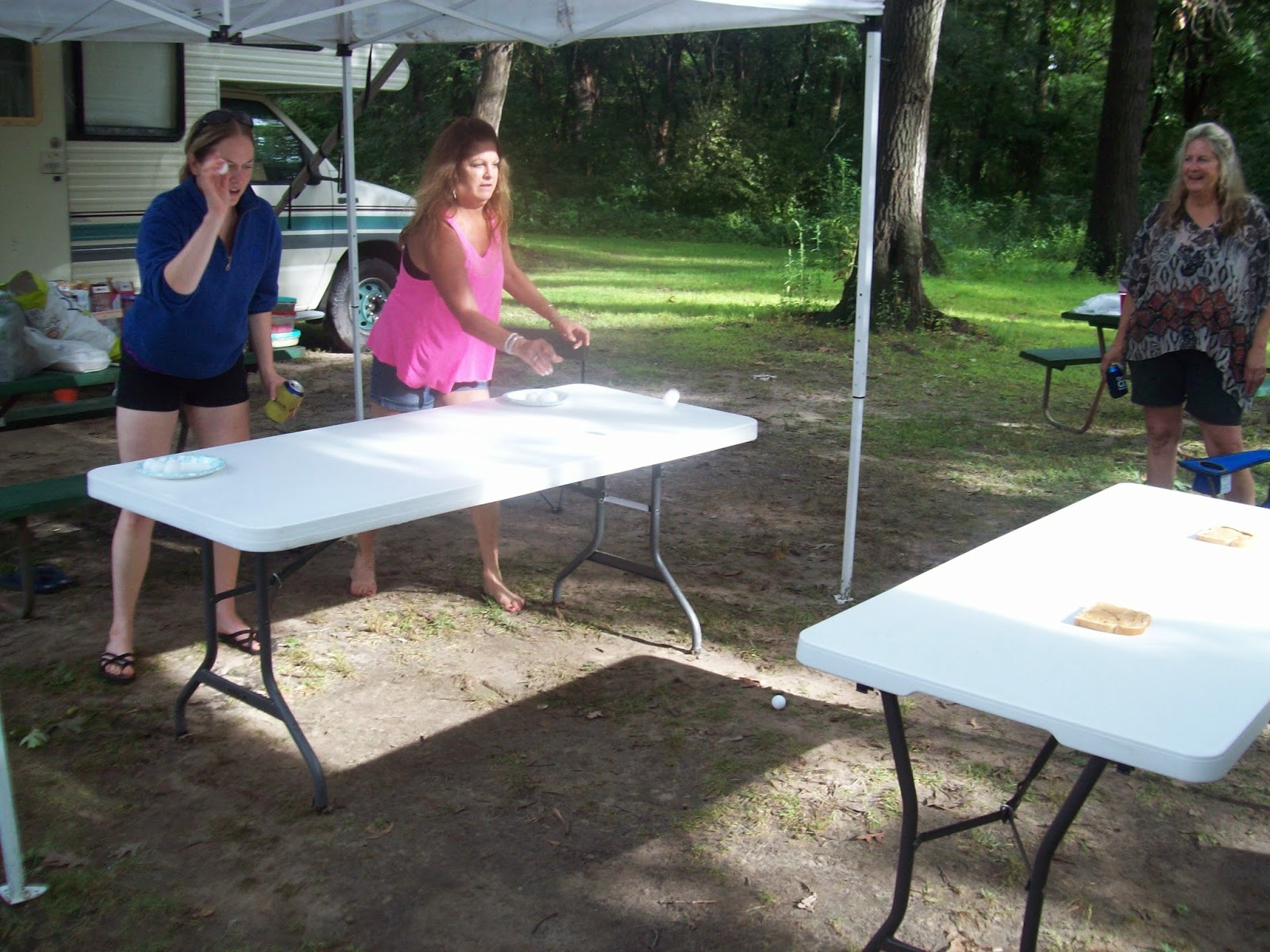 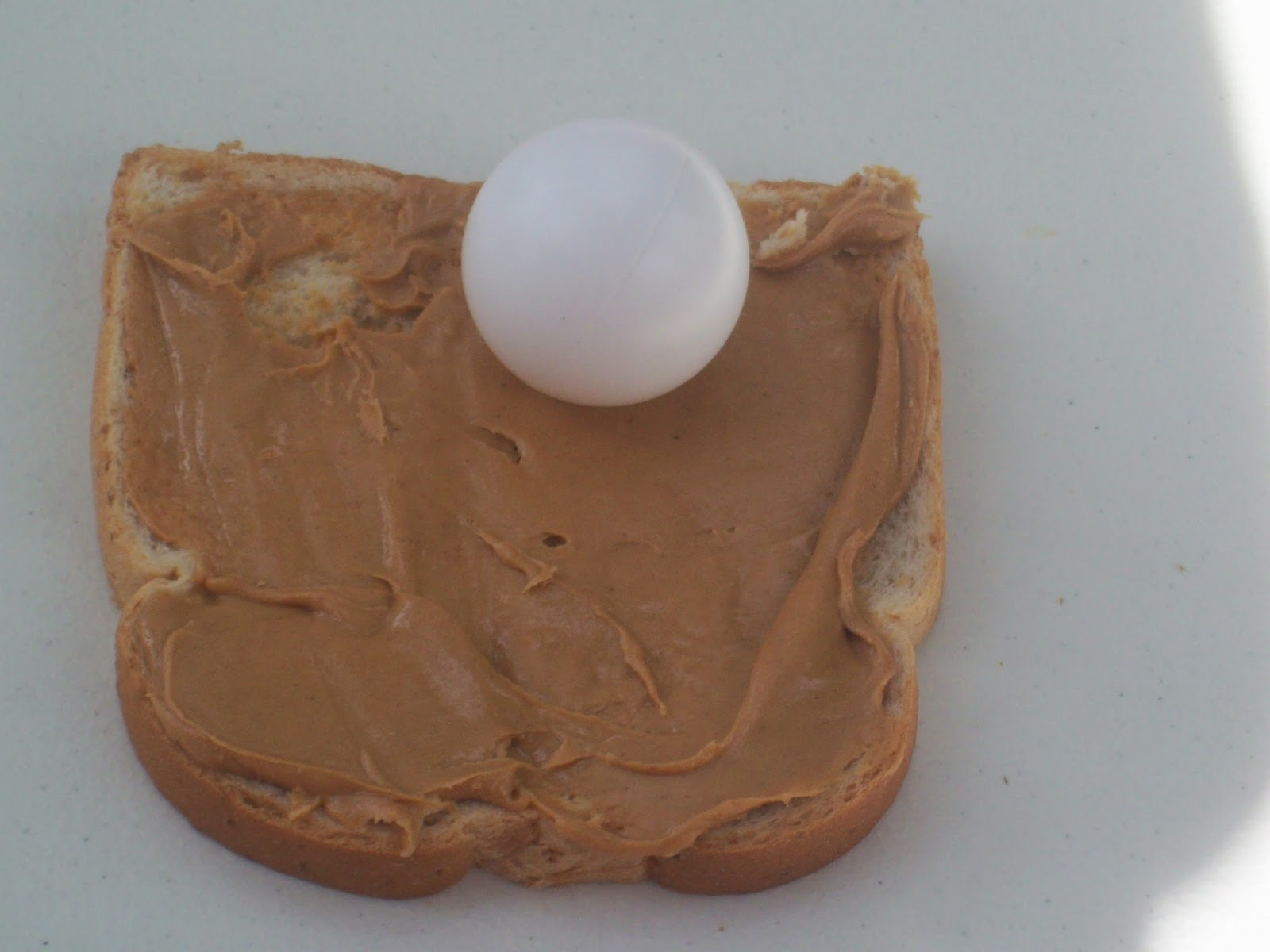