My Second Trip to Kentucky

On Wednesday, I left Berea and travelled to Stanford, Kentucky. This town has a population of 3,487 folks. My first stop was at the Stanford Police and Fire Stations, located in the same building. There was a police chief and four officers present. They were great guys. I asked for confirmation on my research for the crime rate and about drugs issues.
These guys were so honest about the issues of the town. There were crimes, but so many could be solved by being aware. People left things in cars that were stolen, because the cars were not locked. They did have cocaine and heroin issues just like almost every town nowadays. They were on the case and the crime rate was not too far away from my goal. 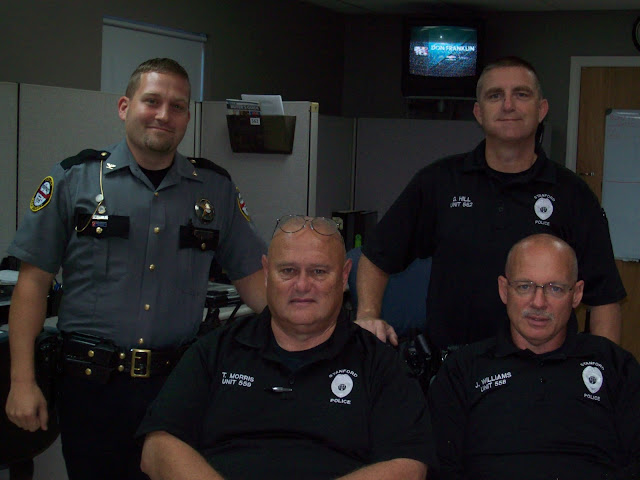 A bunch of helpful, wonderful guys!

I asked them about Irvine, the next town on my list that I had heard disparaging remarks about from several Berea citizens. They totally agreed with what I had heard and strongly recommended that I totally avoid that town and cross it permanently off of my list of potential future homes. I took it to heart, and removed Irvine from the list. This would save my time, and then I could add a new town at the end of this journey. A giant thanks to the officers of the Stanford Police force…you guys are the best!
They officers recommended the Bluebird Café for breakfast, since I was starving. 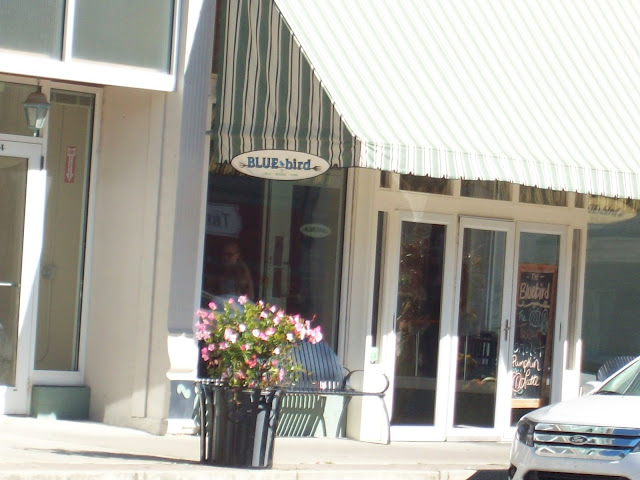 What a cute little building 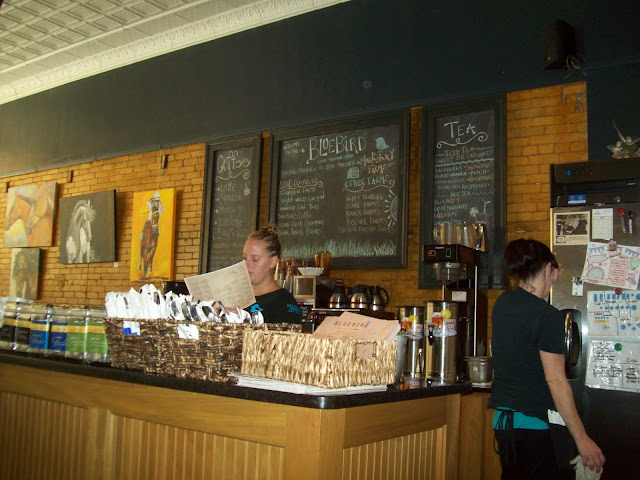 I loved the name, and it turned out that I loved the restaurant, too.  The people were friendly and the food was so good. There is nothing like a fabulous homemade biscuit and a piping hot omelet. 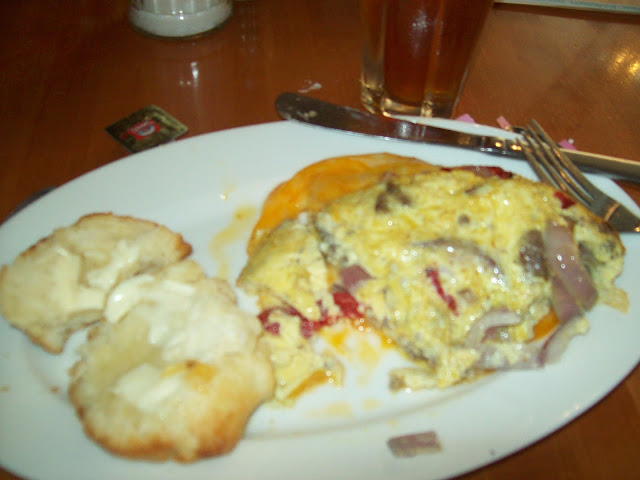 I was now drawn to a shop called “Your Village Shoppe” which carried a little bit of everything. 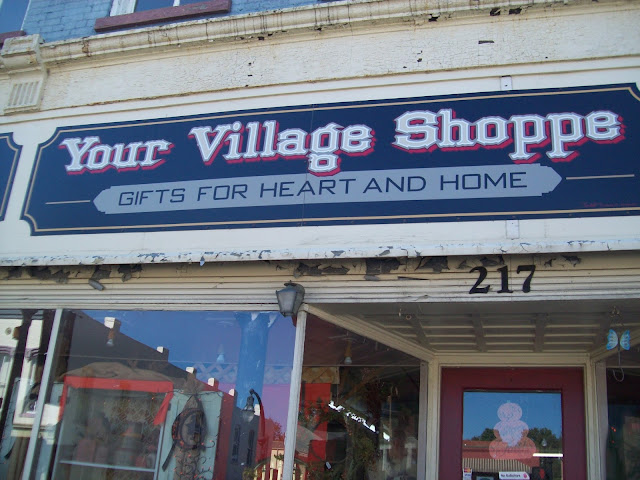 I especially liked the snowmen and took a photo of them because I think I can duplicate the pattern and make them myself.  A great idea, right? 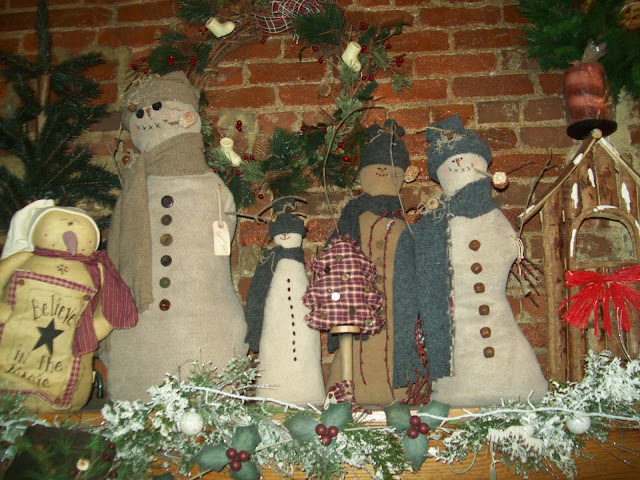 I just loved these guys 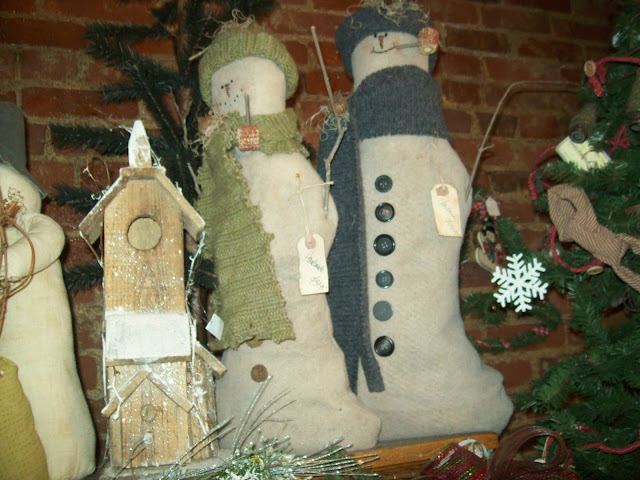 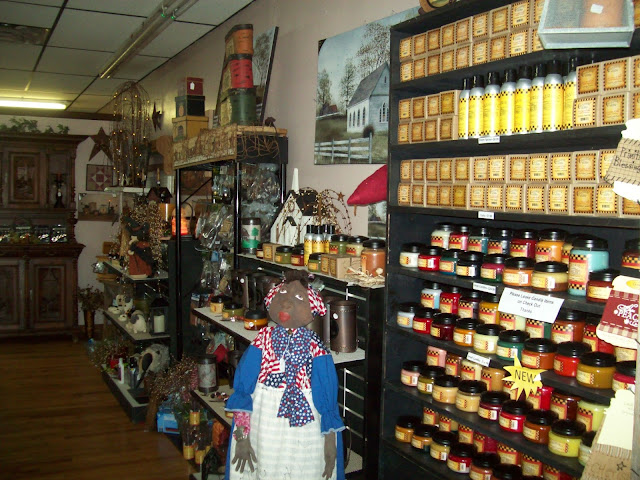 Can we say politically incorrect? They had so much "stuff"

A little bit down the street was a store that everyone seemed to talk about, and that I discovered online when I was researching the town is called “Stanford Kentucky’s Soap and Such.” 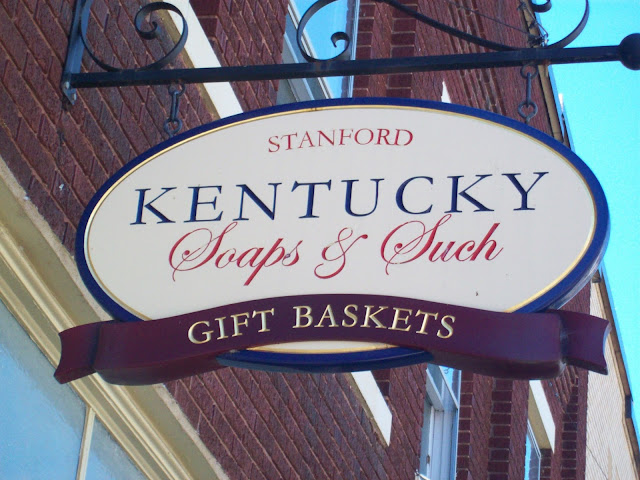 This shop is wonderful. They make their own lotions and potions. I purchased Plainview Farm’s Goat Milk Eucalyptus Body Cream. The owners actually raise goats and make this wonderful product. I bought two jars for $4.50 each, and plan to place an order for more. It is so creamy and smooth, and yet leaves no residual stickiness once rubbed into the skin. This was the find of the trip!!! I took home their card so I had a way to reorder once I returned to Illinois. 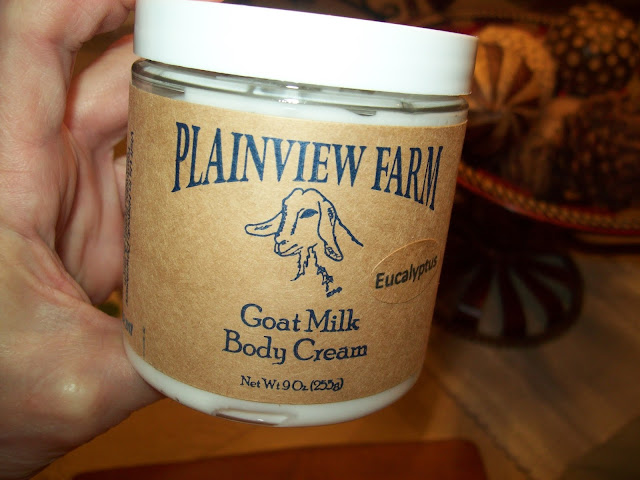 This shop had so many neat things so I took a few photos to share. 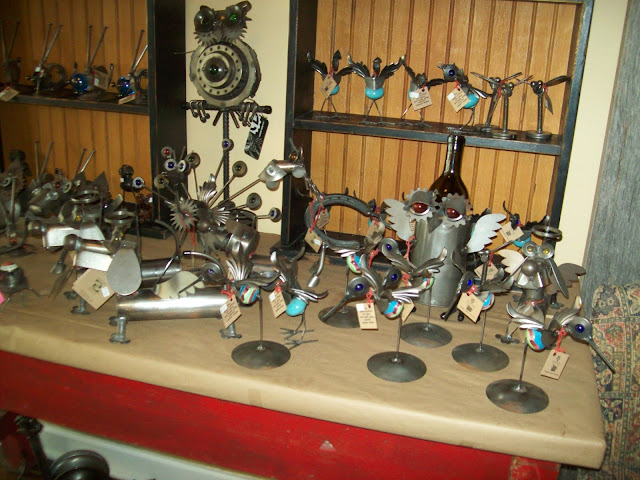 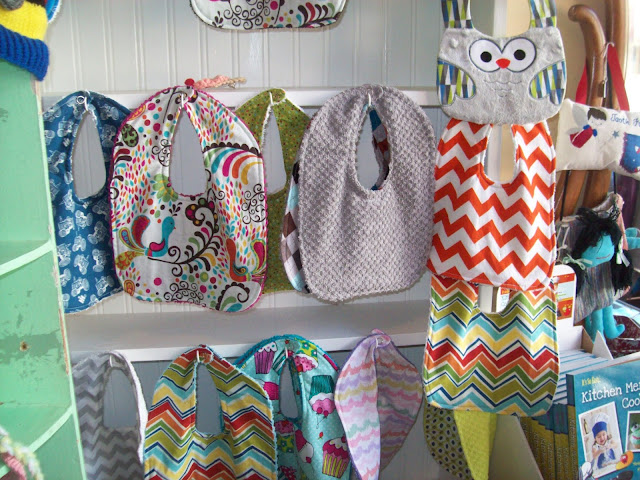 I can definitely make these bibs 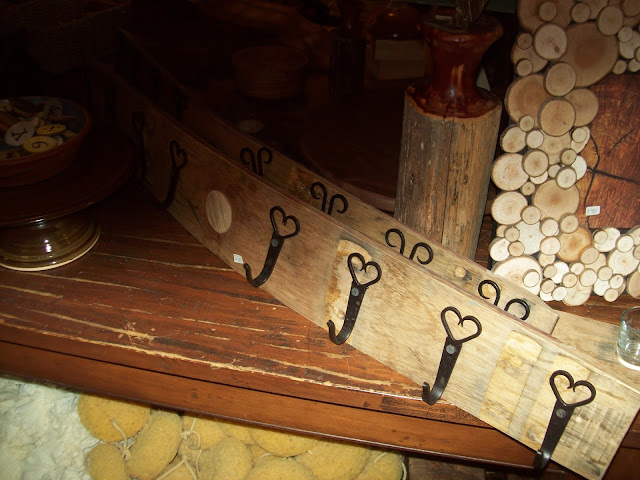 I love this hook board.
It held eight coats and was really cute
My brother-in-law could make this one 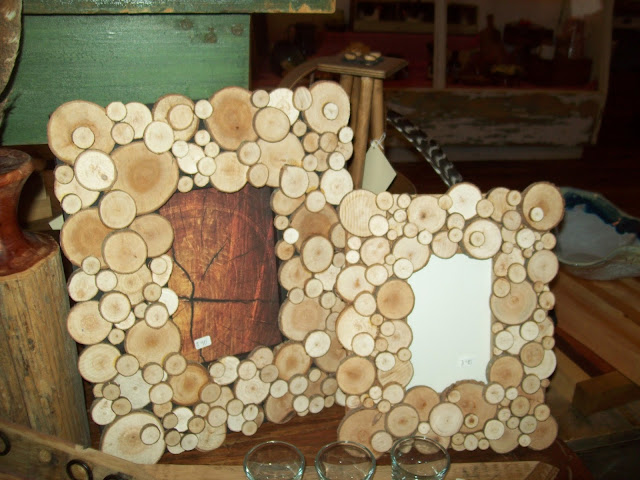 These were so cute.
I immediately thought of Erica when I saw these frames.
JA - show her this, if you have a minute.
Thanks! 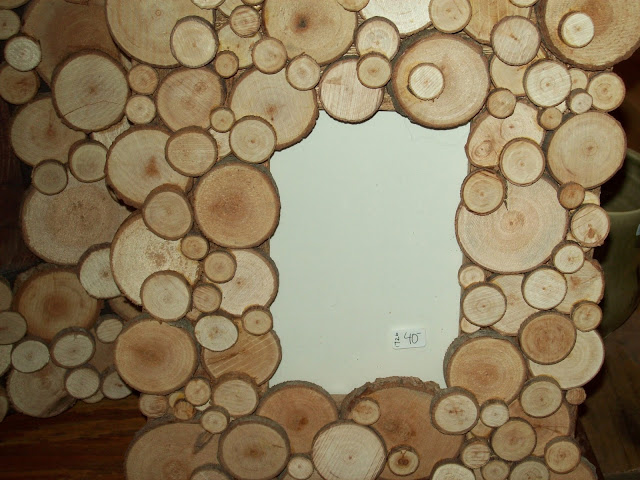 Who has the patience to cut all of these?

The actual downtown of Stanford is so quaint. The town does have a busier section that I refer to as the Randall Road of the town for the bigger stores, but the downtown is wonderful. Stanford, Kentucky is a definite YES! 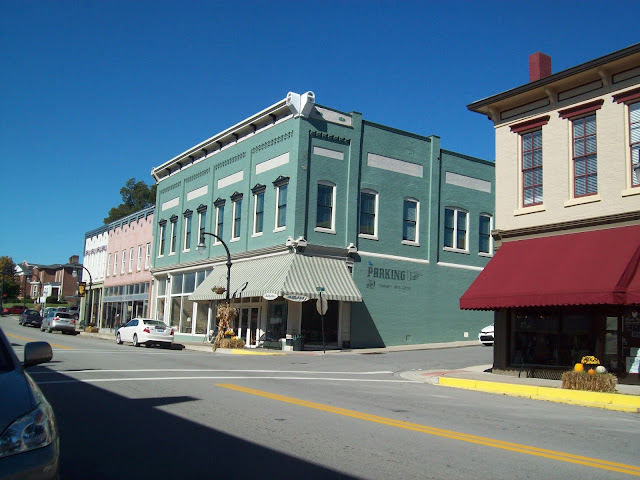 The green building is the Bluebird Restaurant 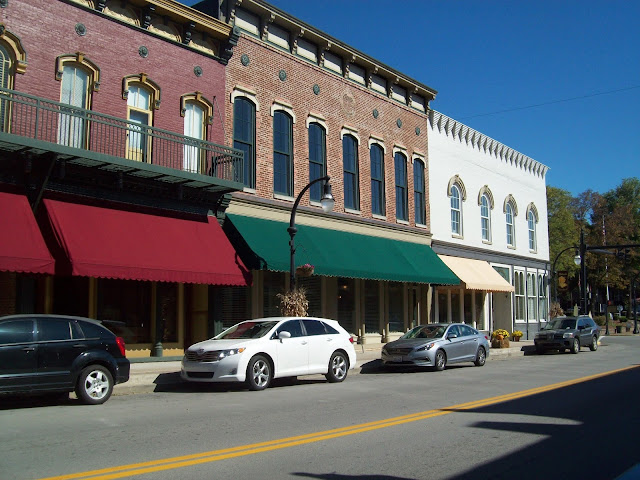 Isn't this a cute little town? 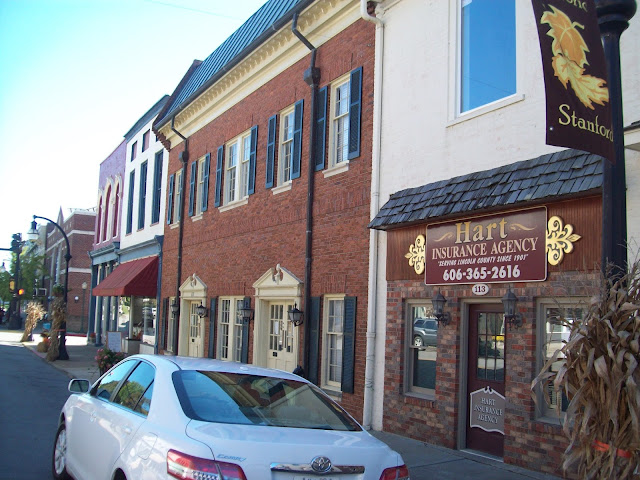 Photos up and down the street