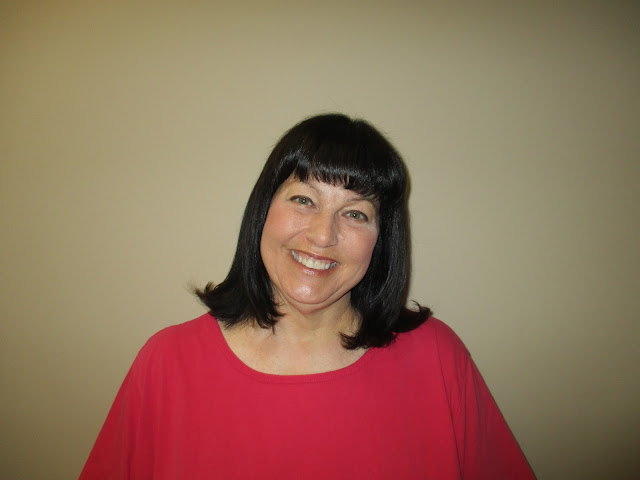 Another goal achieved!
(Most of you who know me well,
know that I am driven to accomplish all
of the goals that I set for myself.)
It is harder to accomplish these major
property goals that I thought, yet I have
knocked several off of my list in the four
months that I have lived in Kentucky). 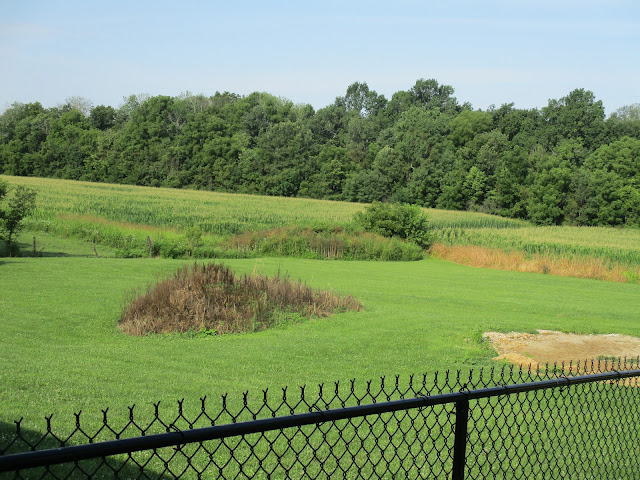 After the pool was taken out, the unsightly thing left
was the mound of dirt that was dug out to put the pool
in the ground. Weeds had taken over it and I wanted it put
back in the empty pool area. 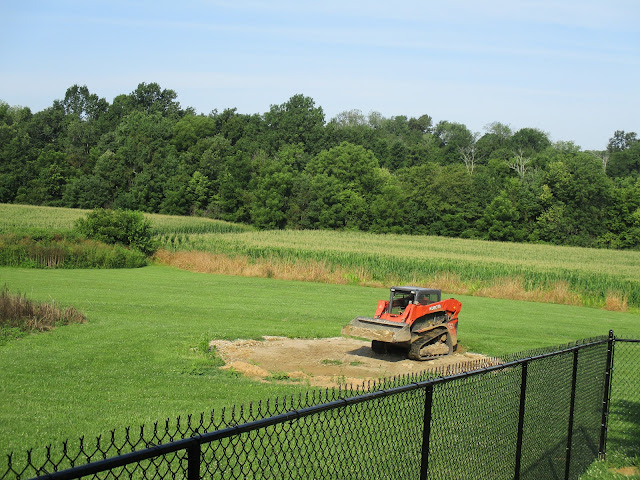 I hired a man with a skid steer to clean up the pool
area (see above), and begin hauling the dirt into the
hole in the ground. 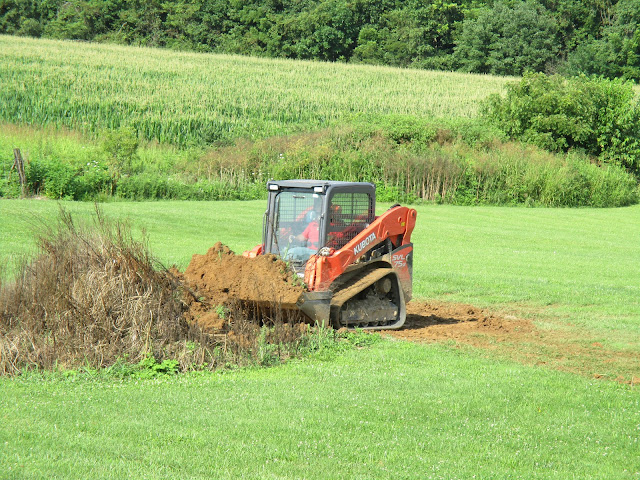 This is one cute, little, powerful machine. 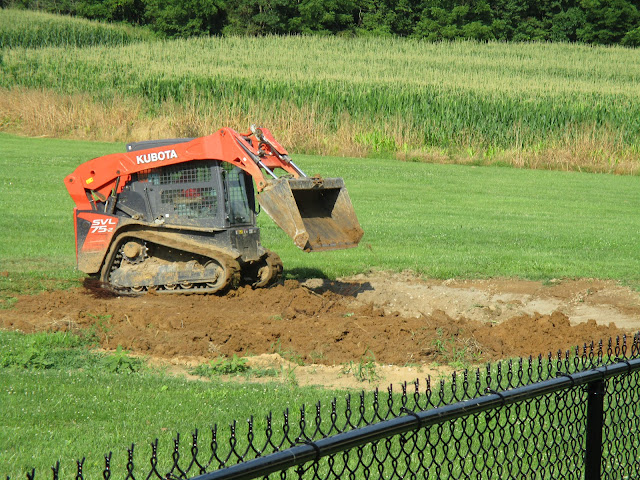 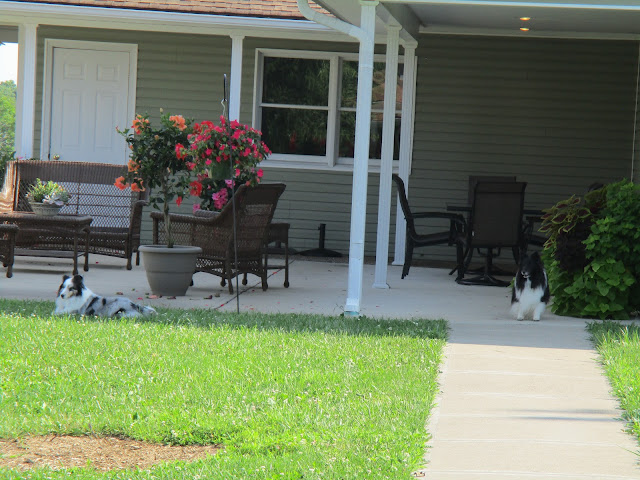 The girls watched the entire process. 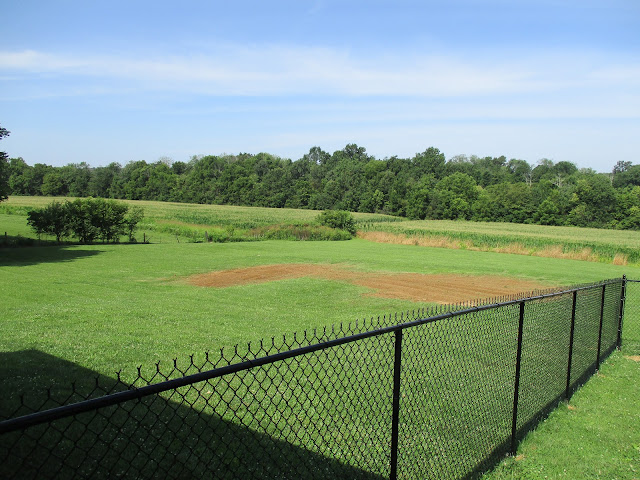 It was done and smoothed out perfectly.
Unfortunately, he ran over both septic tanks,
but hopefully no damage was done.  Only
time will tell if they are damaged. 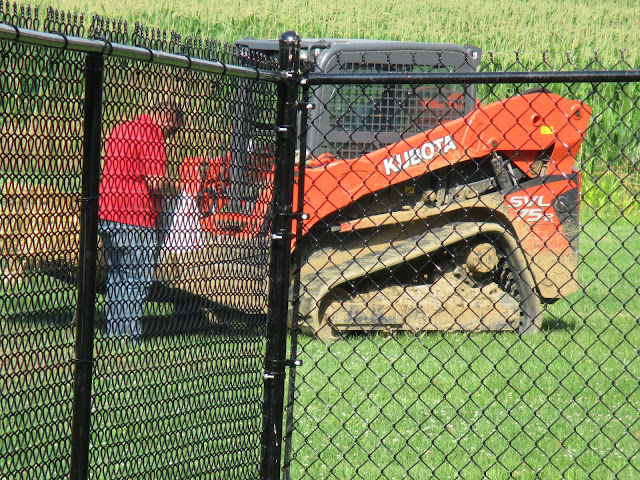 He used the skid steer to haul over the bag of seed, his spreader, and the hay to protect the seeded area from the elements. 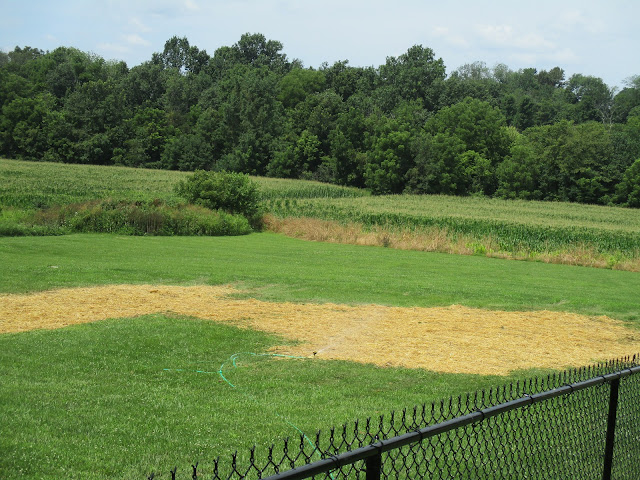 I now water the area every day, and pray that the seed grows.
This is much better than a weed infested mound,
and a large hole in the ground.