Tuesday Afternoon on my Kentucky trip

After I left the cemetery, I decided to take a late lunch, and begin exploring the town. I began driving around and found a little hobby shop that was attached to Harold Moore’s Custom Framing. When I entered the shop I realized everything was packed up. Harold Moore was a sweet man who explained that the hobby shop owner was very ill, and his family had closed the shop. Harold and I talked for a few minutes about Williamstown when he gave me the most important information I would receive on this trip. A private group was building a replica of Noah’s Ark. That was the construction site by the cemetery.  He was so excited because this would help the town dramatically. Yikes! This was great news for the town, but not for me. Harold said they expected to have near one million people come to Williamstown, next summer. He was so thrilled, but my balloon deflated.  I decided I needed to learn more about this Ark!

Before I left this strip mall I saw a business that brought a smile to my face. One thing that I am not is a teacher of small children.  I loved this name and had to include it for all of you who know this is one of my weaknesses.

As I drove off, I decided to go to the Williamstown City Government Complex and find out more about the Ark. 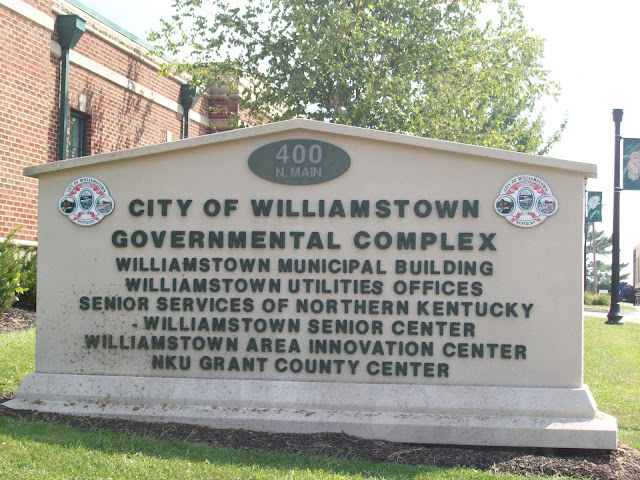 I needed to take a pit stop so I went into the first room and asked to use their bathroom. It turned out that this was the Senior Citizen Center. Here I met these lovely seniors who were involved in a card game. They were so sweet and asked me about my visit. They gave me a lot of information about the town, and even invited me to play cards with them. I was so touched by their kindness. Unfortunately, I had so many places to go that I had to decline their invitation. 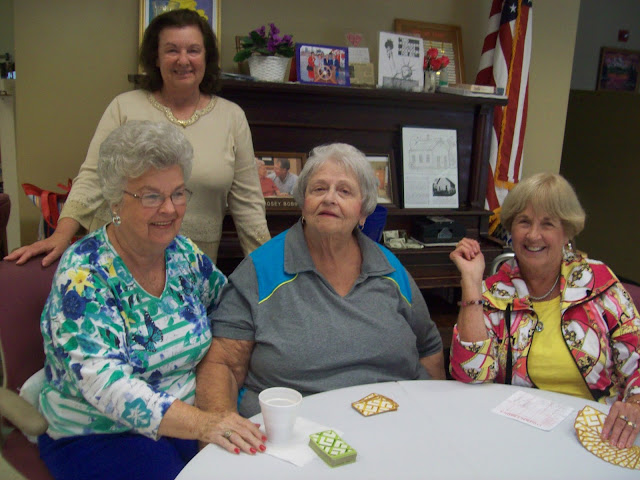 I thanked them but told them I needed to keep moving if I was going to get through the entire town today. My next stop was right down the hall. I went into the Mayor’s Office and met Jessica.

She not only filled me in on the enormous plans for the Ark, but allowed me to take photos of the plan, as well as to snap pictures of the photos taken on the site already.  I was told that they expected to have 500 new jobs open next spring.  What a major development for this little town of 4,000 folks. To learn more about the ark and their plans, you can go to:
https://www.google.com/?gws_rd=ssl#q=arkencounter.com 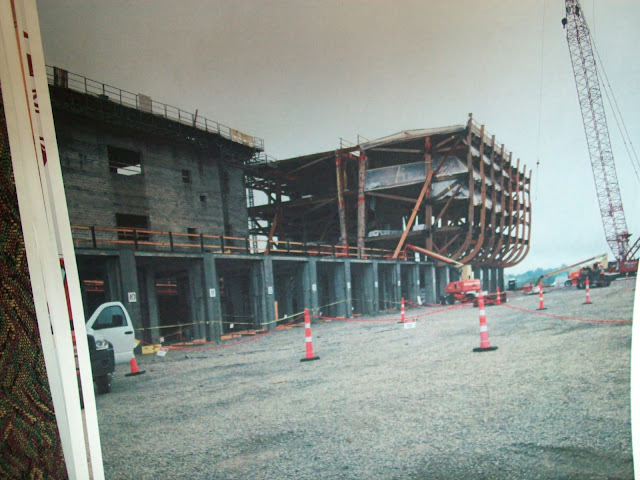 I then stopped at the Williamstown Police Station, which is housed in the same building. I had some concerns about the crime statistics of both Dry Ridge and Williamstown. Unfortunately, the officer or clerk that I talked to was not able to answer my questions. She did, however, refer me to the Kentucky State Police Station who dispatches officers to both towns.

By this time I was absolutely starving. I headed for the Red Carpet Restaurant. 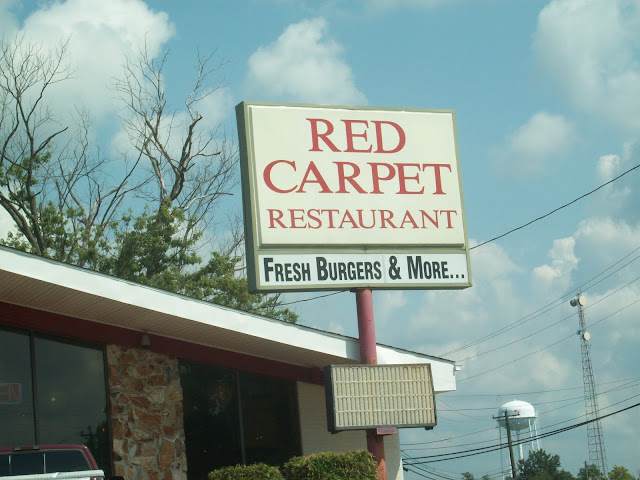 When I entered, it kinda reminded me of a greasy spoon dive – not as clean as I am used to, and contained OLD booths. As I entered the dining room, I was uneasy as all talking ceased. I said, “Hi” to the room in general. There were about 20 – 25 men in the place. They all looked like typical workers. I sat down and everyone continued to stare at me.  I sat down and sunk into the vinyl booth. After about three minutes of being the center of attention I walked out. I was so “creeped” out that I actually felt unclean. My sister, Kim, told me to be careful, and I was pretty proud of myself for leaving so quickly when I became uncomfortable in the situation.  Thanks for the advice Kimmer. This was really the only negative moment of this trip.
One of the main attractions in Williamstown is the William Arnold Log House on Main Street. The house is only open on Fridays so I was out of luck.  It looked really cool, however. 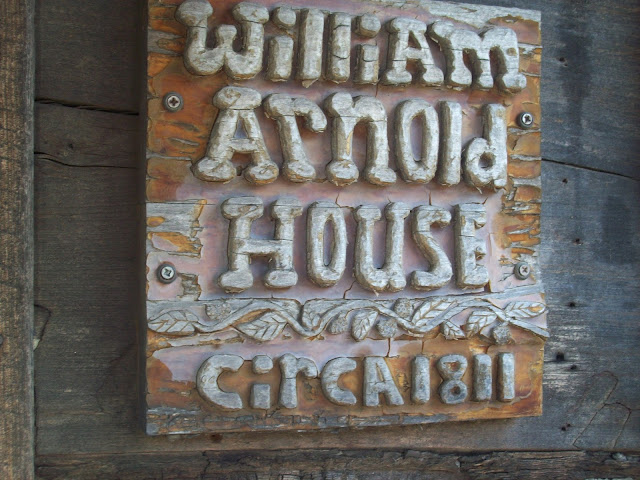 This is getting so long that I need to add another day. My afternoon was just filled with people and places.
To be continued....
Posted by Becky at 10:36 AM